Nikki and Liz think balls are stupid, ugly things, so they have no problem with giving their bound and helpless victim's testicles a really hard busting. Nadman is totally unable to resist the onslaught as the two sexy blondes attack his balls with kicks, squeezes and punches. It's safe to say that if he wasn't tied up, hanging from the ceiling, he would be on the floor writhing in agony!

END_OF_DOCUMENT_TOKEN_TO_BE_REPLACED

Nikki's favourite ballbusting boots need to be retired, but she's got a new pair to take their place! She wants to try them out to make sure they are just as brutal as the old pair, so she uses Nadman's testicles to put them to the test! Judging by the squeals of pain and the way Nadman writhes on the floor, the new boots are a success! Very vicious and sadistic ballbusting from Nikki in this one!

END_OF_DOCUMENT_TOKEN_TO_BE_REPLACED

Nikki, Liz and Venom want to have some fun, and the best way for three cruel ladies like this to enjoy themselves is to gang up and bust a man's vulnerable balls! They use nadman's nuts for their pleasure as they kick, punch and crush them, loving every moment of pain they give him!

END_OF_DOCUMENT_TOKEN_TO_BE_REPLACED 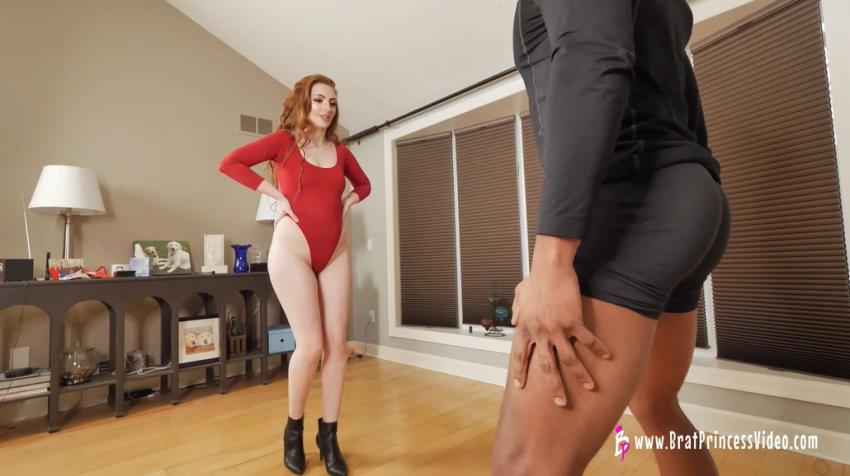 Riley - Ballbusting Fun for Princess (With Trample Board Bonus)

Riley loves kicking balls. Like most girls, she has a lot of frustration about male privilege. Kicking balls is very fun. A girl can let all her anger towards men out. Riley kicks her slave in the balls over and over. She loves to see him doubled over in pain. When she’s done with the kicks, she gets him with her knees. When she’s tired of that she gets out the cock trample board and really lets him have it!

END_OF_DOCUMENT_TOKEN_TO_BE_REPLACED

Jaslin Diaz was sleeping on her couch while wearing a mini skirt and tank top. While asleep, one of her favorite fans entered her home in the nude, and he began licking her feet, pussy, and armpits!

She woke up and discovered his stiff cock in her mouth, and he greeted her happy birthday! She began attacking his nuts with powerful kicks while wearing her high heels, and he crumbled to the ground in pain.

Jaslin used her big ass to her advantage by pinning him down to the ground and forcing him to lick her pussy! She bounced up and down on his face with her huge ass, and he was forced to endure asphyxiation from her ass cheeks and pussy!

END_OF_DOCUMENT_TOKEN_TO_BE_REPLACED

Grace couldn't resist the urge to kick and knee him in the balls since he was stroking his cock in front of her. She punished him with powerful kicks to his nuts, and he fell to the ground, cupping his aching balls with his hands. She verbally humiliated him for stalking her, and she teased and tortured him by showing off her huge tits while stomping on his bruised genitals!

END_OF_DOCUMENT_TOKEN_TO_BE_REPLACED

Courtney Taylor is not yet satisfied, and she makes her slave lick her feet covered in stockings. She is unsatisfied with his service, and she begins kicking his naked balls and stomping on them with her long legs and smooth feet!

"You're a fucking loser, and I should cut off your balls!"

Courtney Taylor threatens to rip off her slave's balls, and she begins biting and chewing on his genitals while he screams and whimpers in pain. She pulls on his nuts with her teeth during a brutal POV ball-biting session where she controls and abuses his cock and balls.